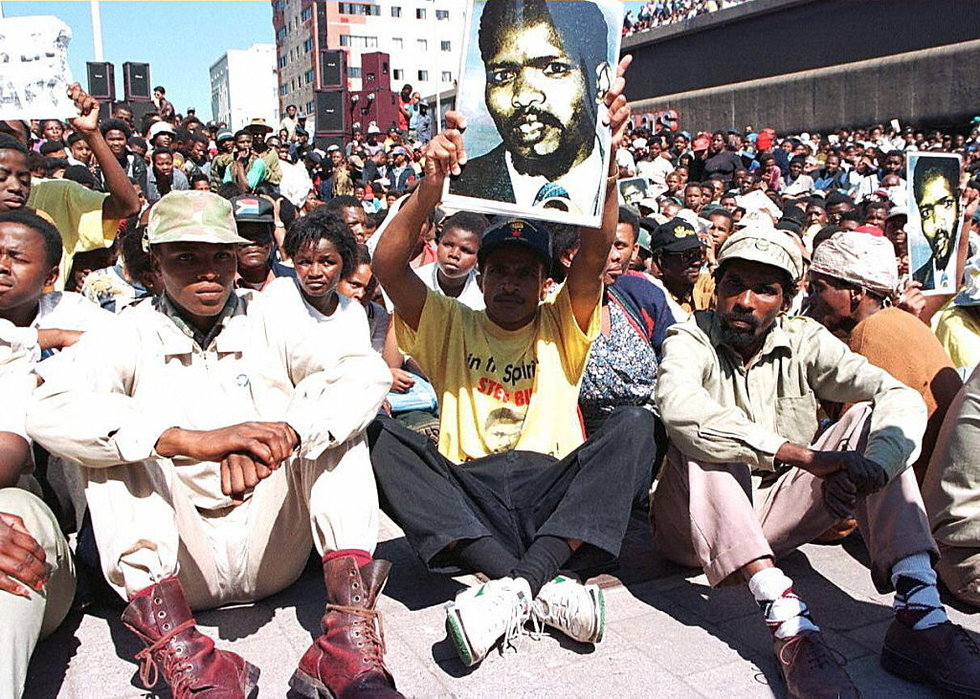 Today, South Africans are remembering Stephen “Steve” Bantu Biko, a resounding voice for Black liberation during Apartheid. The most recognizable leader of the Black Consciousness Movement (BCM), Biko inspired and guided the student resistance of that time to become a huge political force against the Apartheid regime. He is credited with launching the South African Students Organization (SASO) in the late 60s. However, a few months before Biko’s 31st birthday back in 1977, he was tortured and killed while in police custody.

In the 70s, the BCM gained considerable traction particularly among Black South African youth and workers. Following the tragic Sharpeville Massacre in 1960, where police opened fire on Black South Africans protesting the Apartheid pass laws, the segregationist government clamped down on civil unrest and banned political parties such as the African National Congress (ANC) and the Pan Africanist Congress (PAC). The BCM, and other organizations, then stepped in to mobilize Black South Africans and keep the struggle alive. Again, after widespread strikes across the country, the infamous Soweto Uprisings of 1976 took place.

After being stopped at a roadblock by police, Biko was arrested and eventually transferred to the Sanlam Building in Port Elizabeth. Having been beaten severely, Biko suffered a brain hemorrhage but was still forced to stand through hours of interrogation despite his deteriorating condition. Five days later, he died in what former lawyer and judge, Sydney Kentridge, came to describe as “a miserable and lonely death on a mat on a stone floor in a prison cell”.

The 42nd anniversary of Biko’s death comes after a week of xenophobic violence has gripped South Africa. The ideologies of the Black Consciousness leader, who not only changed the course of South African history but became the symbol of Black liberation, still reverberate across student politics spaces especially. However, Biko espoused African unity, and very fiercely at that. South Africans’ commemoration of his legacy cannot be complete without genuine introspection and reflection about the recurrent xenophobic attacks which have thus far killed 12 people, injured and affected hundreds more and even led to the Nigerian government evacuating its citizens.

Shopping Basket
We use cookies to ensure that we give you the best experience on our website. If you continue to use this site we will assume that you are happy with it.Ok